Pilates vs yoga, what’s the difference? Your Denver physical therapist is here to help 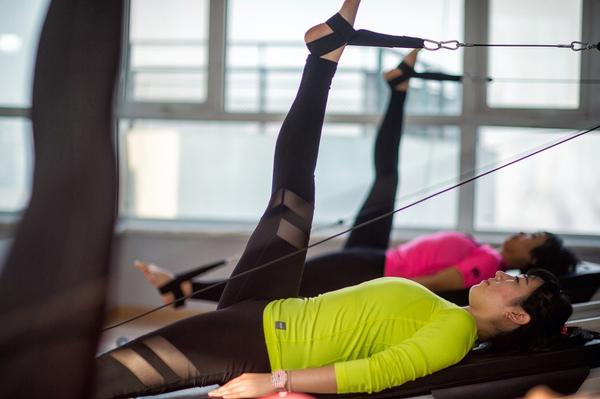 Here at Peak Physical Therapy we care about you and your physical health. We believe in the benefits and importance of low impact activities and subtle strengthening exercises. Practices like yoga and pilates are incredible ways to benefit both your body and mind. However, many people use pilates and yoga as if they were interchangeable when in fact, they are quite different. Below we’ve broken down the basics and origins of each practice, read through and discover which might be the better option for you!

Yoga is a practice that focuses on bodily and spiritual healthing through the use of movement, meditation, and breath. There are six branches of yoga: Hatha, Raja, Karma, Bhakti, Jnana, and Tantra. These each focus on a different aspect of self betterment and health. Hatha yoga is the branch people are most familiar with knowingly or not; often used in physical therapy Hatha yoga uses the physical body. You may have heard of Vinyasas yoga, Power yoga, or Hot yoga, these are all different forms of Hatha yoga which can be used in recovery as well as preventative practice.

The History:
Yoga is believed to be as old as civilization itself. In yogic lore Shiva is considered as the first yogi who passed down a vast amount of powerful knowledge to the seven sages or Saptarishis. These sages traveled throughout the globe taking the teachings and science of yoga with them. It was in India that the system of yoga we most often consider today took root. From 500 BC - 800 AD yoga was most fundamentally developed though it wasn’t until 1100AD that Hatha yoga became established.

Pilates is an exercise system meant for overall body conditioning and tone founded by Joseph Pilates. Primarily focused on isolating and strengthening certain muscle groups, this form of exercise is often used by dancers. Repetition and specific movement patterns are a defining characteristic of pilates and can be practiced for not only the strengthening of muscles but also recovery. While total body conditioning is the overall goal, much of the focus in pilates is directed at the body's core due to its direct impact on the totality of the body.

The History:
A once sickly boy, Joseph Pilates was bound and determined to become strong and healthy. Upon the beginning of World War I, Pilates was an emigre living in Britain, considered a “German enemy alien” ; he was interned and worked as a nurse in a hospital. This is where he began to experiment with exercises patients could do from their hospital beds. From these experiments the Pilates reformer was created along with the system of repetitive motion and isolated conditioning. Post World War I Pilates moved back to Germany and worked alongside other pioneers in movement before moving to America in 1923. It was in New York where he opened his first studio with his wife Clara and the Pilates method of movement took off.

We hope you have found this brief overview of the two exercises helpful! If you are looking to improve your physical health situation, reach out to us today. We have an extensive team of qualified physical therapists and specialists who care deeply about their clients and go above and beyond the call of duty to provide the highest quality treatment in the industry. If you are looking for a therapist who will carefully assess your individual needs and formulate a treatment plan that is specifically tailored to your needs, Peak Physical Therapy and Wellness is your preferred choice for the physical recovery process. Contact us today for more information.